Building community is the guiding vision at Zukin Realty.

Over 2500 Chester County residents a year benefit from homeless services and approximately 25% of them are children under the age of 18.

Home of the Sparrow and Human Services, Inc. were the charities selected as the recipients of the donation this holiday.

Among other things, Human Services, Inc. provides rental assistance to those at risk of homelessness, while Home of the Sparrow partners with women facing homelessness.

To help support these organizations, Zukin Realty will be mailing out holiday postcards rather than a folded card in an envelope, and donating the savings plus the gift budget. Zukin Realty would also ask the community at large to participate in the charitable efforts.

Consider making a charitable donation to one of these organizations rather than sending a gift basket to the Zukin office. Zukin will also be collecting donations throughout the month of December, including during the Old Fashioned Christmas parade on December 4th in West Chester. 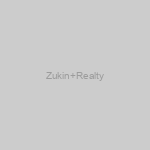