The team at Zukin Realty recently had the opportunity to chat with Daniel Halka to find out what inspired him to open an authentic Mexican restaurant in heart of downtown West Chester, PA and here’s what he had to share.

TACO MAr: Authentic Mexican Food with a dash of americana 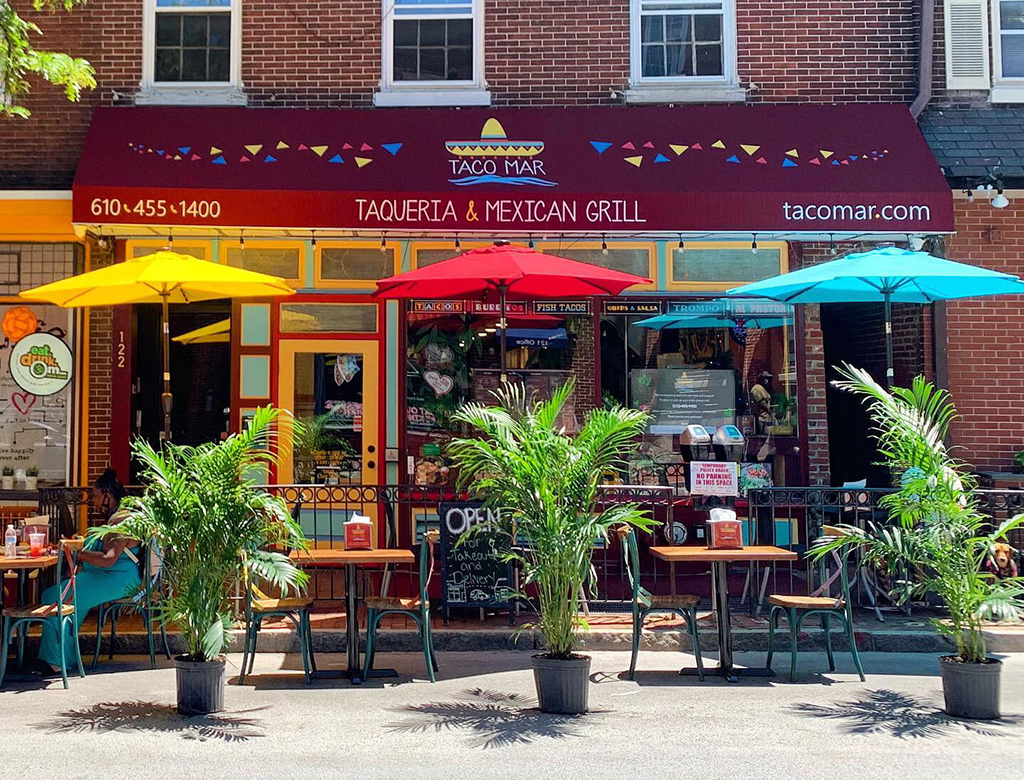 With numerous Mexican food places in Chester County, what sets Taco Mar apart from their competitors?

I think there are a lot of factors that set us apart. Number one, I have a deep love for Mexican food. It was my first meal. I moved to San Diego, California 40 years ago from the East Coast. In San Diego it was my first meal. It was a carne asada burrito, and it was truly love at first bite. So that was how it started with me living in San Diego for 25 years. I got introduced to the best of the best, and San Diego Mexican food is better than I would say anything else in the world. In my humble opinion, not even Northern California, not Texas, not even Mexico. San Diego is very special because they’re on that border, between the two countries.

Why did you choose to open in West Chester specifically?

I moved to Chester County back in 2005 and it was always a goal for me to find the best Mexican food places on the East coast. And it was always really hard; however, I did discover one place in West Chester! I don’t know where it was and I honestly don’t know what the name of it was, but I remember going there once and for once…I tasted something similar to what I experienced in San Diego. Years later I tried to search for it again, and I couldn’t find it and it must have sadly closed. But that was what introduced me to West Chester. From the charming community to the fabulous architecture, there was something obviously really special about West Chester. So…when it was time for me to get into the restaurant business, obviously Mexican food was what I wanted to bring. My wife and I have taken many trips in the past 30 years to Mexico. And we gathered a number of recipes. But when it was time for us to truly do this, we went back to Mexico City and met with some fabulous people down there including a guy named Luis Trejo. Luis is like a guru in Mexico about restaurants and flavors and recipes.

I quickly discovered, because of U.S. immigration restrictions, it was very hard for me to bring all the chefs and the cooks from Mexico. So I thought I would hire people here, then Luis would do the consulting and the training. We even took the entire team to San Diego and actually visited all of my favorite places in Southern California, from Los Angeles, all the way to San Diego. And we tasted everything! The team tasted all of these meals and recipes. And I said, “This is is a dish I want, and I want that one and this one. I like this one, but more hot. This one, but less salty. This one, but more lime.” And so it went. We created our own flavors and that’s what makes up Taco Mar’s menu. We have a menu that reminds people of San Diego a lot, but with the twist of our own love for unique and strong flavors. And the balance between the salt and the lime and the various chilies. Our ingredients are local, but our recipes are absolutely authentic and crafted with lots of love. 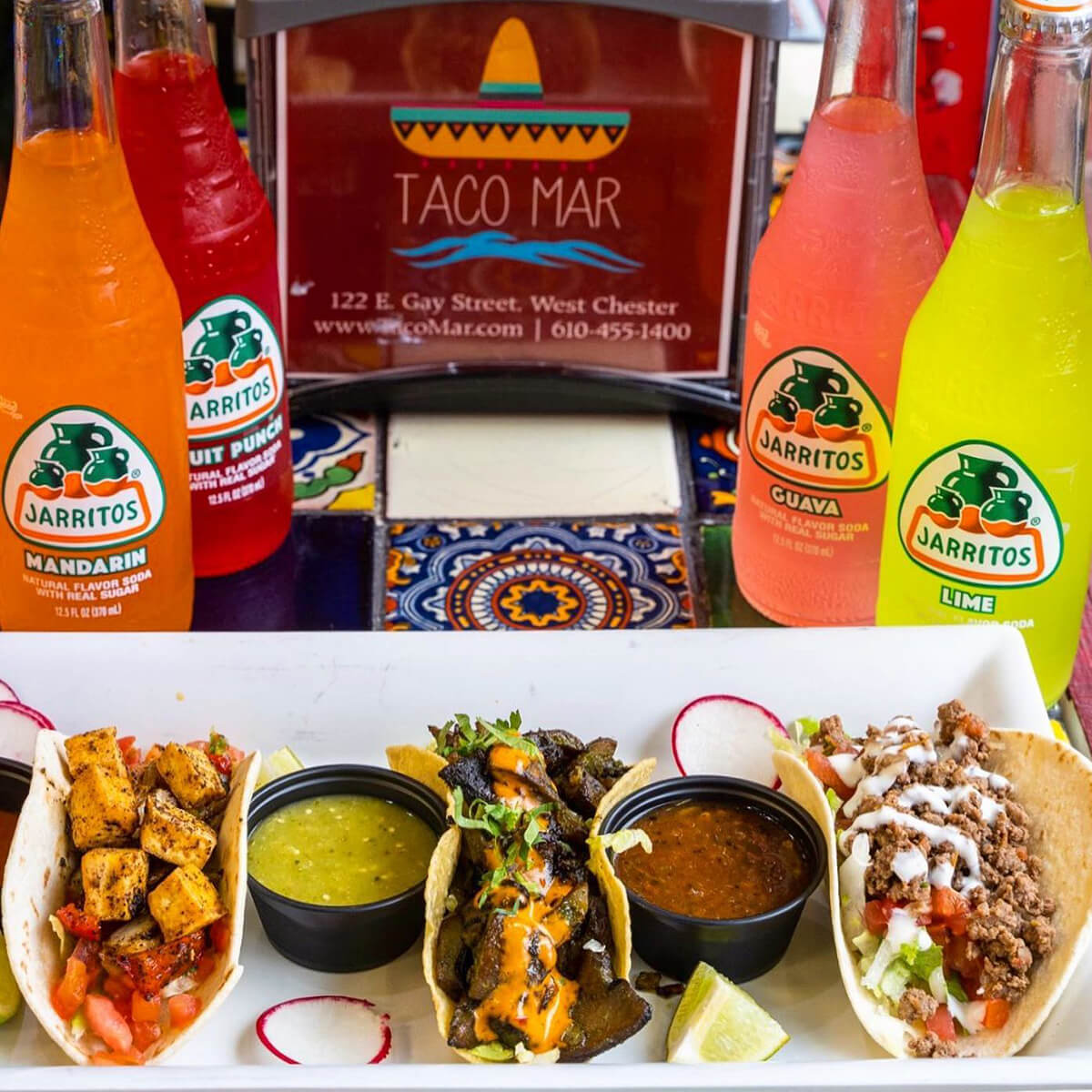 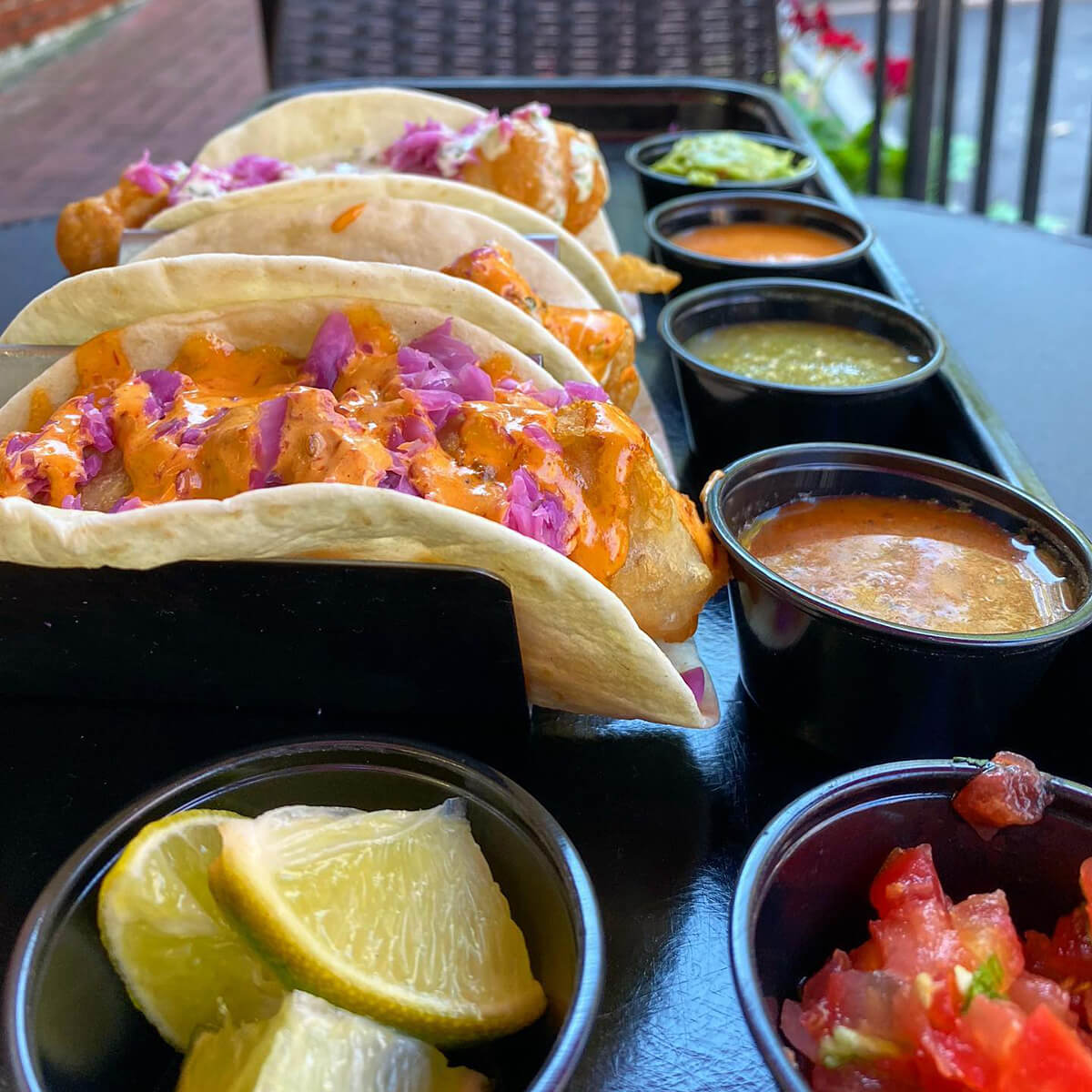 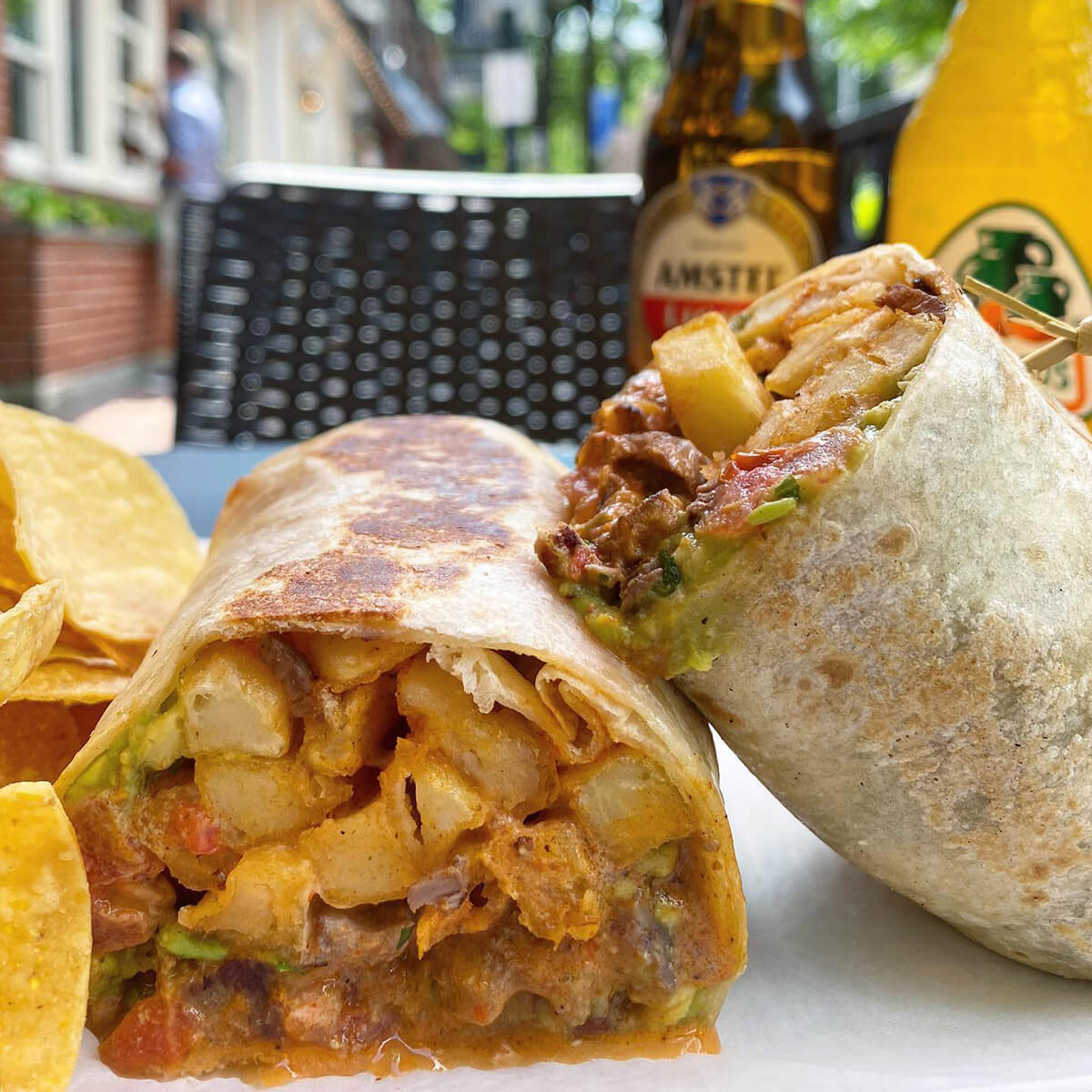 What are some of your favorite dishes that keep your customers coming back for more?

We have created something that nobody else in the world has, which is that Philly Taco. You can only get it from us, we invented that in honor of the Philadelphia Cheese Steak. We take our fabulous grilled steak on corn or flour tortilla, we add our queso, that we prepare daily and then we top it off with sautéed jalapeños and sautéed onions. It is a bestseller, and you can’t get anything like it anywhere else.

In addition, our name is Taco Mar. Mar means ‘sea. So…we have a Baja style, fish tacos, shrimp tacos, even octopus tacos. Those are a really big deal with our customers. And you can only have them with us! These are not things that you can buy at any Mexican restaurant.

And then we have our family style meals: we have tacos, taco platters, fajitas, carne asada dishes, enchilada for your entire family to enjoy. 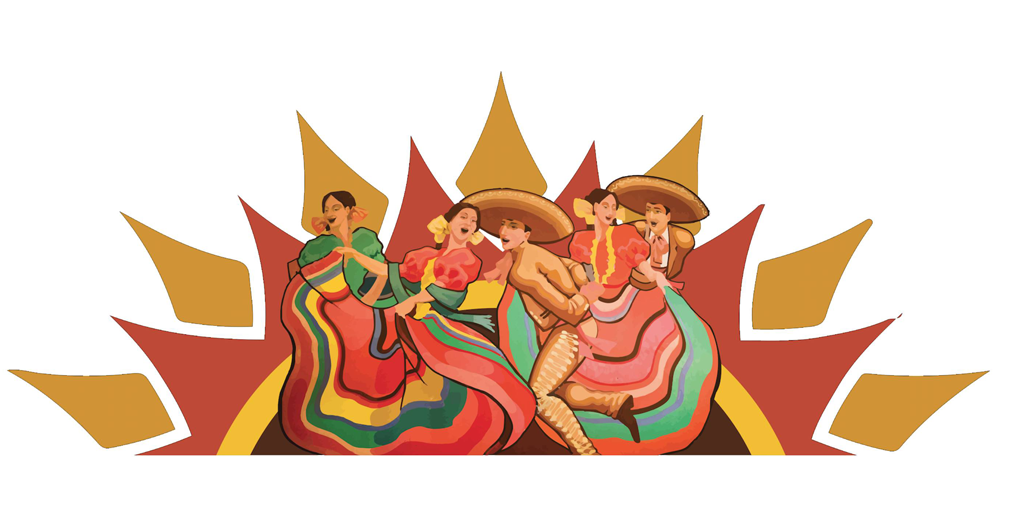 If fans are looking for a catering option, I see you can bring just the burrito or the whole restaurant experience. How have you been able to keep your catering options so reasonable?

For our catering options, we essentially have two packages. One is sadly currently not available (where we bring our restaurant to them including bringing our grills, our chefs and our servers) due to COVID-19. However, one package that is available is we make the food and deliver it directly. It is very reasonable starting at only $10 a person. We cater graduations, weddings, engagements, office parties, small parties, and much more.

Gay St will be closing very soon. Is Taco Mar excited about this new outdoor experience? Will Taco Mar be doing anything new to help with these accommodations?

Outdoor dining is what’s going on! We worked out a deal with Zukin where we expanded our outdoor facilities and seating areas across the street. We have rented the corner of Walnut & Gay St. which will eventually be turned into a hotel, but for now, I turned it into what I call the “La Cabana.”It allows us to expand our outdoor seating space. We have tables and umbrellas, and we can seat about 40 people. People sit and order there and it’s BYOB, and then we bring the food directly to them.

What excites you about the future of West Chester in the next 5 to 10 years?

I think closing down Gay St. and turning that into an open market reminds me a lot of Santa Monica, CA, the third street promenade. And it’s just a fabulous thing. Santa Monica did test it initially, but then it worked out so well and they made it permanent. So I’m hoping that this goes permanent.

I would like to say that during this time, a lot of the energy is to encourage the consumer to support your local business; I am on the other side of that table. I am just so grateful for this community for their support. I think the community has been amazing. They are generous, they are kind, they are patient. They’re so amazing and so supportive. I think the businesses generally owe this community a great debt of gratitude for their support and for their love and loyalty. I feel very strongly about that. I think we might’ve survived this terrible ordeal solely due to the loyalty and the love and the support and the generosity of this community. It is an honor and a privilege to be a part of West Chester, PA. 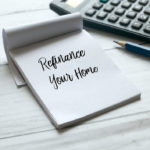 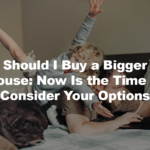 Should I Buy a Bigger House: Now Is the Time to Consider Your Options